One of the more difficult things to do on a 4 string bass is play a two octave major scale.

However, by following these simple instructions it’s easy!

Follow along as GRAMMY® Nominated Music Educator Mike Overly reveals 7 major scale forms and then shows you how to play a two octave major scale by connecting two forms with a Unison Tone 8 – Z Angle.

To read more, download this pdf to your desktop by clicking here.
www.12tonemusic.com 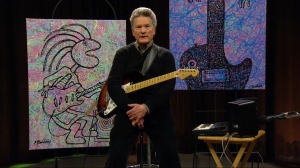 And while your there, be sure to subscribe to the 12 Tone Music YouTube channel to be notified of each new monthly episode. <https://www.youtube.com/user/12tonemusic>