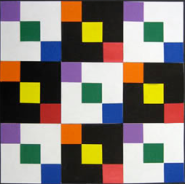 Simply stated, rhythm is time, or when something happens. That sounds easy enough, but what is time? To the ancient Greeks, rhythmos meant motion measured. Again, that sounds simple enough, but it’s a little more complex than it appears to our ears – especially since it is time that is both moving and being measured!

To Mother Nature, a cycle is a recurring series of changes or events that do not have a precise measurement. The Greeks called it Kyklos, a cycle, or circle. Kyklos was thought to be a recurring period of time within which a defined number of events was completed. In nature, there are many Mother Nature cycles, here are a few: the Earth traveling around the Sun in about 365 days, the Summer Season lasting about 90 days, the Moon orbiting the Earth in about 28 days. As we can see, these natural cycles of Mother Nature are irregular and imprecise and do not occur at exactly the same time within the cycle. In other words, they have an unpredictable pulse.

Pulse means to beat or strike, like the beating of our heart. Again, this beating may be irregular, uneven and unpredictable like the dripping of water from the roof of a cave, or the tides of the ocean, or, they may be regular, even and predictable like the tick-tock of Father Time’s clock. Let’s explore further into the clock’s predictability.

To Father Time, a clock is an instrument of technology for the measurement of time by the steady and even motion of its parts. And whether this motion is the shadow of a stick in the ground tracking the movement of the Sun, or a cuckoo clock, or an atomic clock — the function of each is the same — to know the Now, so as to be able to predict the future! Here’s an interesting example, a complete Cycle of the Sun spans a period of 28 years, at the end of which, the days of the month will fall upon the same days of the week. In other words, April 15, 2011 will not again fall upon Friday until April 15, 2039! Meet you there… Now, let’s continue.

Meter means to measure. And in music, we measure time by steadily counting the meter and then grouping these counted beats into even 2 beat, or odd 3 beat bars. These even or odd units of musical measure are symbolized by the meter, which is the top number of the time signature. The meter indicates how many beats to measure and group. Remember, even and odd beats can be combined, multiplied or divided to create a virtually endless number of rhythmic patterns, known by such names as: shuffle, tango, disco, ska, bossa nova, swing, reggae, trance, mambo, techno, rumba, house, acid, dub… you get the idea.

In the language of music, tempo is the number of steady beats counted in one minute. Said a different way, tempo is the rate of speed of the steady beat. For example, the standard household clock ticks one beat per second, in other words, it only has one tempo setting: 60 beats per minute (bpm). Therefore, a clock’s musical application is very limited. However, a metronome, which is a clock with a variable tempo setting, has virtually unlimited musical applications. It’s interesting to note that in ancient Greece, Metron (metro) meant to measure and Nomos (nome) was a form of musical composition.

Let’s concluded this lesson by applying what we have learned about rhythm to two simple songs: Twinkle, Twinkle Little Star, and Pop Goes the Weasel.

Be sure to stay tuned and learn how the simple meters of March 2 and Waltz 3, lead us to two very different genres of music and rhythm: Rock and Blues.